The last day of the Daj Się Poznać competition in which I’ve gladly participated has finally come. It was full 3 months of intense work, blogging and literally trying in different ways to become a little more recognizable in the IT community.

Was it worth it? Was it difficult? Would I do the same thing again?
I can give you a short answer of 3xYES, however, I’d like to invite you to read the whole summary as you may find some helpful content here that could provide answers for some of your doubts or questions.

Before I dive into the details and some statistics, let me tell you the following:
Blogging is the one of the most powerful boosters of your career, period.

I remember the beginning of the March, it feels like today. I was still hesitating back then – should I join this competition? But why would anyone care to read my posts? Can I provide some useful content for the community? Will I have enough willpower to continue blogging which meant adding 2 new posts related to the project every week for at least 10 consecutive weeks? Oh, and that total number of 20 posts scares the shit out of me.
Needless to say, I have no experience how to run the open source project and what the heck am I going to build anyway? 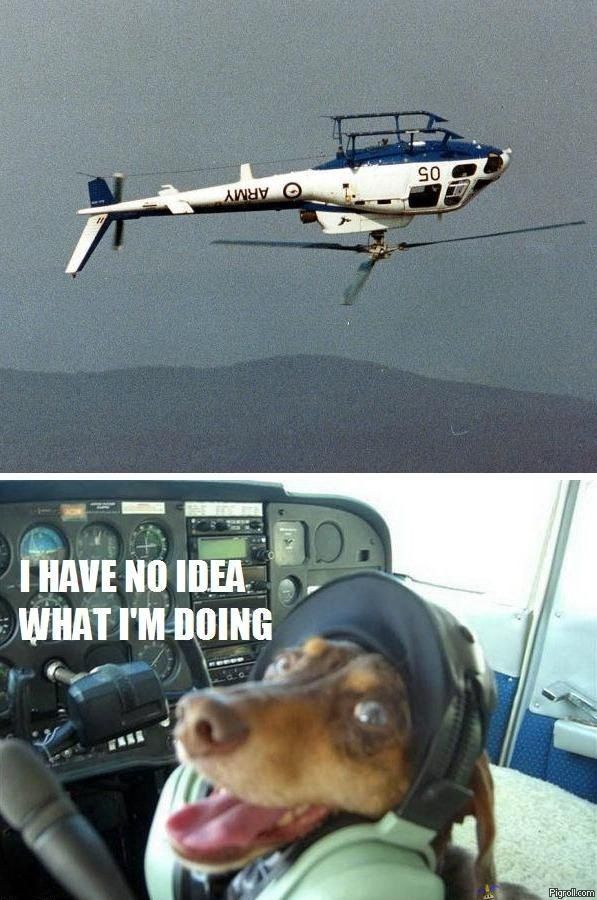 I have no idea what I’m doing

Yet there was something (no, it wasn’t a voice in my head) that tried to push me into the right direction. By the end of February, the remote project that I’ve been working was put on hold.
Now, I’ve had a plenty of additional time to focus on my own project Fortitudo that I’ve been developing with a friend of mine for over a year.
Possible lack of time availability was never really an issue though, as since high school I’ve kind of mastered self-organization in terms of studying, working, training, dieting and on top of that finding additional free time to do other things that I also do enjoy.
What about the motivation? I’ve never been a quitter, so I knew that it would be a one-way ticket in terms of commitment.

And honestly, I couldn’t care less that I’ve just lost a source of a quite good income as I’ve saved enough money to live reasonably for at least next 2 years.
I’ve quickly found out, that it was actually an opportunity which turned out to be one of the most important events in my career so far.

Anyway, it took me a few days to make a final decision and eventually Alea iacta est. 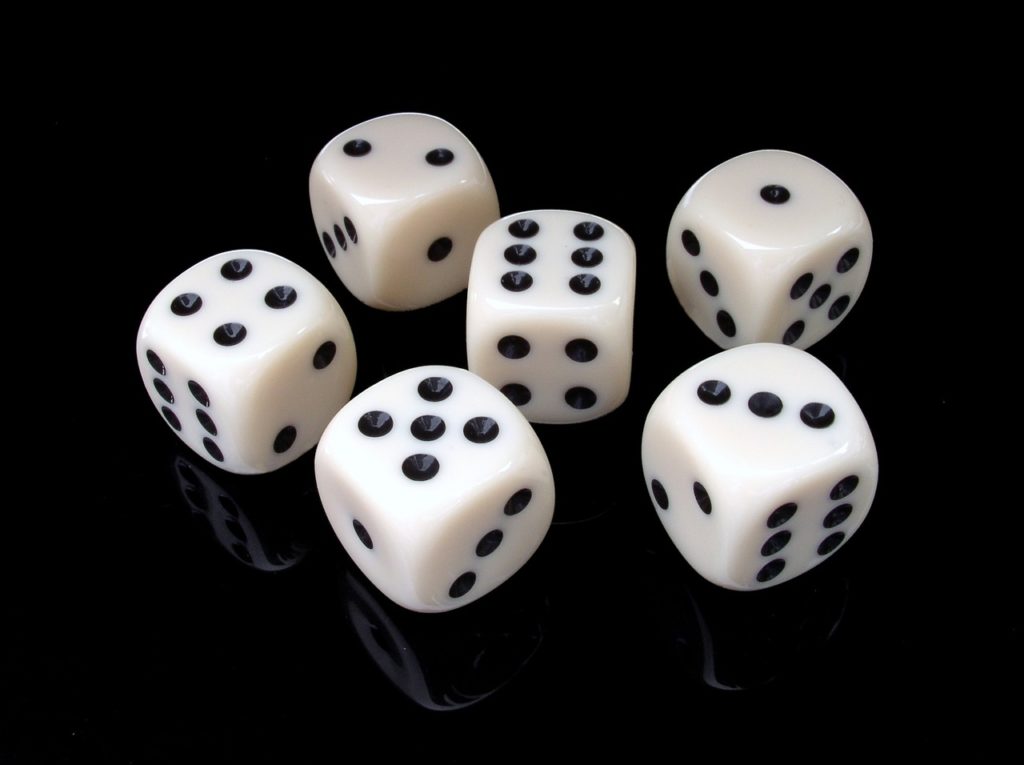 I’ve decided that I would create a simple library, written in C# language using .NET Core that will simplify the monitoring tasks. For example, you may want to observe a database or ping the API, validate its response and whenever something doesn’t seem to be right, quickly react e.g. by sending an email message or doing some other custom stuff.
Initially, I’ve named it Sentry, but later on changed to Warden as some people has suggested that it’s probably not the best idea to use name Sentry as there’s already quite a big service on the market offering the monitoring features.

The first iterations were mostly focused on providing some kind of well-thought-out structure of this library, so it could be easily extendable.
I’ve decided that all of the plugins will be available as external NuGet packages – it was one of the most important goals to keep this project as lightweight as possible and reduce the overall bloat along with the number of the external dependencies. So I’ve been working on this project and blogging and working and blogging. And I’ve quickly realized that it’s a pure fun, therefore, I’m planning to work on this project (and surely keep on blogging) for as long as possible.
The competition was just a catalyst, that I needed to be absorbed in publishing some of my works to this big IT world out there. 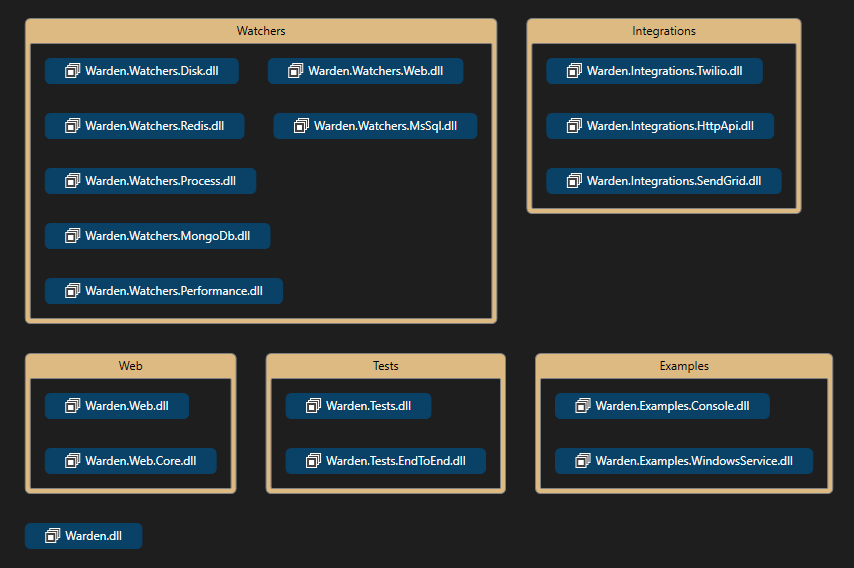 Later on, I’ve decided that it would be a good idea to provide some kind of graphical interface, hence I’ve created a web application that is free to use, is also a part of repository and if you don’t want to run it on your own (e.g. localhost), you may use the one that runs in Azure for free. On top of that, I’ve decided that my project needs both a logo and a landing page, so I’ve purchased them. Last but not least, the Warden has a complete documentation, both with the usage of the wiki pages and within a code itself. Now, let me present some of my GitHub stats: 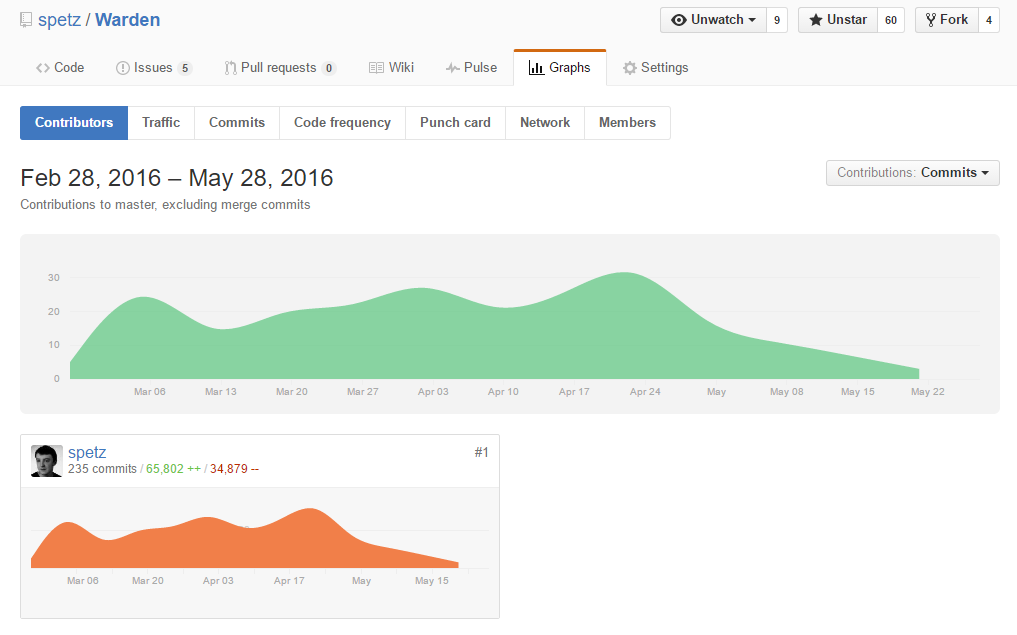 And what about the blogging and community? Just to name a few, you can definetely find me on Facebook and Twitter. Besides, it turned out that Reddit is a nice place to get some attention as well as the Hacker News which is a little bit more demanding though.
And on the Quora there was even a guy from Xamarin community offering his help with the library. As for the polish groups and forums, I’ve been regularly adding my articles to the Dotnetomaniak and have also got a section in the Dotnetblogs. There’s also a Wykop but I don’t publish the stuff here very often.
Anyway, it’s pretty darn cool when someone likes or shares your tweet, gives you some positive feedback in comments or criticises you by pointing out mistakes – feels good man.

During the last 3 months, I’ve written over 35 blog posts and 30 of them (including this one) belong to the competition category which calculates as 150% of the required number of posts.
I’ve also recorded 2 screencasts which were quite demanding tasks, yet very rewarding in return. 35 legit posts comments have been added during last weeks and of course a few hundreds of the ones that are spammish. Plus the other ones below the discussions posted on the other boards.

What am I going to do next then? Certainly, I will keep on blogging (however, I’ll slow down a pace, e.g. 1 post per week or so), try to record some screencast from time to time and of course continue working on my open source project.

And hey, I’m looking forward to meeting y’all (other “competitors”) in person in the awards ceremony of the Daj Się Poznać 18th June in Warsaw – my Pendolino tickets have been already booked!

The great thing is that a friend of mine has also started blogging (because of me) and another one is about to start, so again, feels good man to be this guy who has kind of paved the way for other folks.